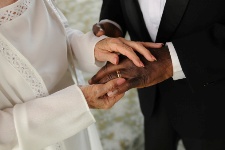 With divorce becoming more common, itâ€™s worth it to ask: does divorce have some health implications? A new study out of Finland has found that being unmarried increases the risk of heart attack in both men and women, whatever their age. At the same time, being married and living together are linked with positive heart-related outcomes.

The study included data on adults over 35 living in four regions of Finland. All fatal and non-fatal cardiac events were studied. There were 15,330 events over 10 years, with just about half of them resulting in death within 28 days. The analysis also showed that the incidences of these cardiac events were 58%â€“66% higher among unmarried men and 60%â€“65% higher in unmarried women.

Weâ€™ve known that being unmarried or living alone unfortunately increases the risk of heart-related death and heart disease. Yet most studies havenâ€™t had such a vantage point on both sexes as this one. Here is why all this might be the case:

â€¢ It is possible that people with poor health status are more prone to staying unmarried or getting divorced.

â€¢ Married people may be better off financially, have better health habits, and enjoy higher levels of social support.

â€¢ Married people responded better to hospital treatment when a cardiac event did strike, perhaps because there was someone close by to call for help.

â€¢ Married people had better outcomes after discharge, possibly because those who live alone are less likely to stick to a treatment path over the long term.

It doesnâ€™t seem fair, but it is the truth. And it also extends to other illnesses, such as dementia. It comes down to this: seek out social support, stay active with others, and you will live longer and healthier.